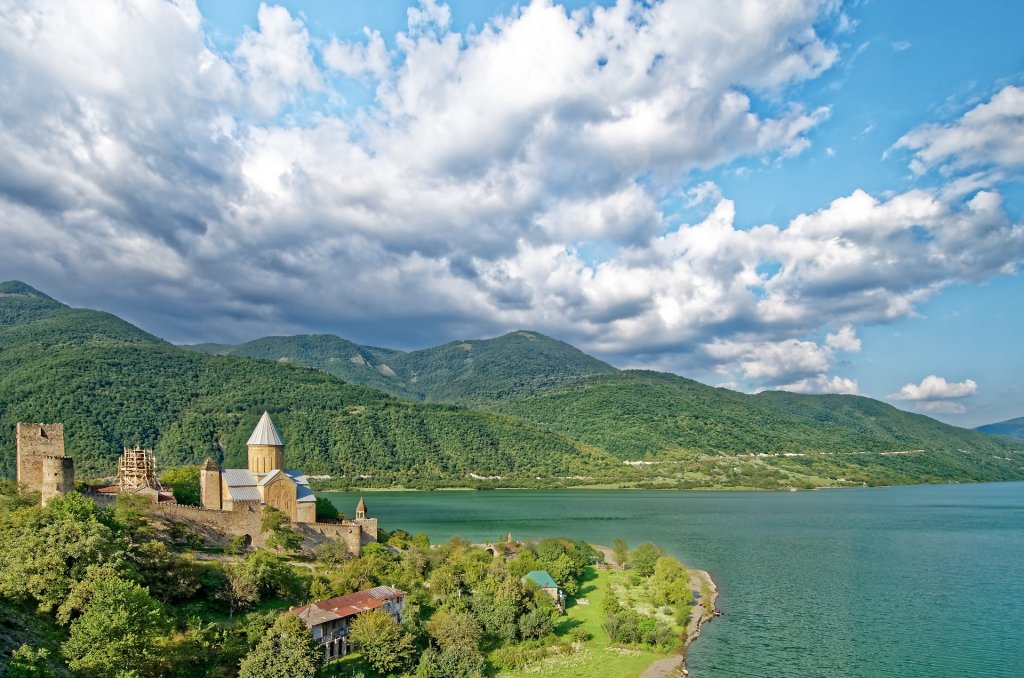 One of the most visited castles in Georgia is Ananuri Fortress – the fortress of the Aragvi Eristavs, located on the Zhinvali reservoir of the Aragvi river.

It is a tourist magnet thanks to several facts:

Despite the fact that there are a lot of attractions in Ananuri, they are all located on a very small area inside the fortress walls of the bastion.

As a result, you can visit them literally in one and a half to two hours, taking into account swimming in the Zhinvali reservoir. If you don’t plan to swim, you can plan with 40 minutes to visit Ananuri. During this time, you will visit the Assumption Church of the 17th century, the ancient tower of the 13th century next to it and go up to the very top to take spectacular photos and selfies.

The place on which Ananuri Castle is built is strategically extremely important, because on the one hand there is a reservoir, and on the other a mountain.

That is why the first ensemble tower was built here to protect the city of Dusheti, which was the residence of the Georgian mountain princes Eristov-Aragvi, from invaders coming from the Daryal Gorge. Subsequently, the building grew and turned into a full-fledged fortress, which, in the event of an enemy attack, served as a reliable fortification and cover for the retreat of local residents to the mountains.

More information about Ananuri fortress and its history